In the COVID era and beyond, disinfecting blue-light is ready, capable, and relevant 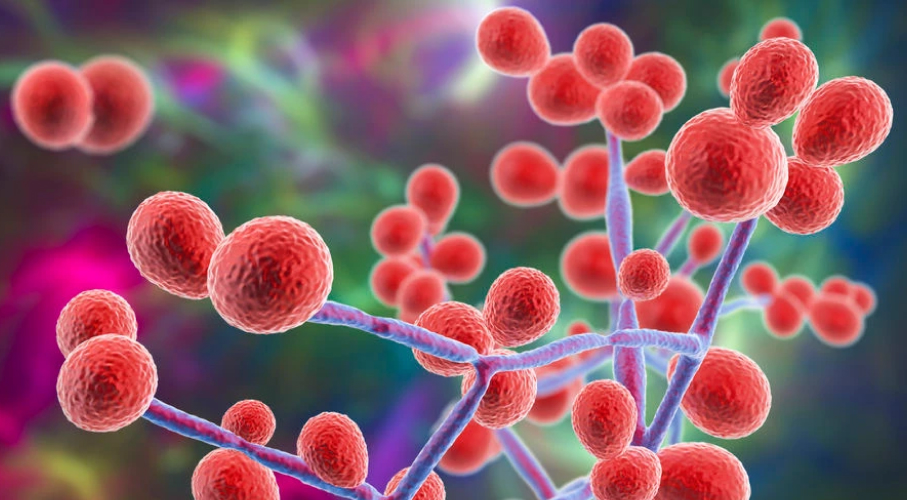 Scientists have studied the application of blue-light (in the visible-spectrum just above ultraviolet wavelengths) for over a decade - especially in certain fields, such as healthcare.

Yet, the technology was not widely used because the wavelength needed to be precisely spiked, with enough dose energy to be reasonably effective from a light fixture. Many early products made claims that could only be validated at distances measured in inches - not from ceiling heights.

Commercial use of blue-light disinfection

Continuous, safe visible (blue-wavelength) light disinfection required more prolonged periods of dose (lumen) exposure. Until recently, it had not been proven effective against most viruses because viral strains lacked the photo-catalyzing properties needed for oxidation and microbial inactivation.

Instead, ultraviolet surface disinfection became mainstream - with the introduction of the “UV robot,” a Dr. Who Dalek-looking device that would be placed into hospital rooms to zap surfaces with high-energy ultraviolet UV-C radiation. Today, the Daleks are joined by an army of machines that essentially use the same UV mechanisms - radiating powerful UV energies in unoccupied rooms.

The use of UV light wavelengths for disinfection dates back to the late 19th century, when sunlight was shown to disinfect bacteria in liquid media. Later, in the 1930s, Harvard scientists William F. Wells and Richard L Riley published “Air Contagion and Air Hygiene” and “Airborne Infection: Transmission and Control.” These studies led to the rapid and widespread evolution of UV-C based devices and mechanisms for air disinfection.

Many of these devices were labeled “UVGI”, or ultraviolet germicidal irradiation. Wells first used a UVGI device against measles in a Philadelphia classroom in the 1930s. UVGI was also deployed to combat tuberculosis transmission in the 1950s.

Today, versions of UVGI devices for air disinfection are in use worldwide. But their harmful UV-C irradiance limits their overall effectiveness in occupied spaces because humans can’t be directly exposed. As such, they are banished to HVAC ducts and ceiling devices.

For surface UV-C disinfection, spaces must be unoccupied - then robots can be wheeled in and powered up. While effective, the procedure is a one-time process. UV-C radiation can also degrade surfaces and materials and may induce chemical reactions that create oxidation and/or harmful gas compounds.

Scientists have long been concerned with the growing number of antibiotic-resistant pathogens, including dangerous vegetative bacteria and spore-forming species. Yet, generally, these dangers were not on the world’s collective conscience.

As healthcare providers treated millions of COVID-19 cases, the use of antibiotics became essential, as potentially fatal respiratory infections were common in ventilated patients.

“Another possible contributor has been the heavy and regular use of steroids to treat Covid-19. These drugs help alleviate the virus’s most dangerous symptoms but can leave the immune system compromised in a way that allows other germs to more easily infiltrate the body.

The combination of these factors “is perfect” for the fungus to “take hold,” said Dr. Tom Chiller, the head of the fungal division of the C.D.C.

Earlier this month, the Florida Department of Health published a case report of four Candida Auris cases at a hospital in Florida. (The hospital’s identity is masked by the C.D.C. and the state.) In an effort to understand the spread, the Florida department of health visited the Covid unit there in August.

Their inquiry found that 35 of 67 patients admitted to the unit from Aug. 4 to 18 were colonized with C. Auris, meaning that the fungus was on their skin, but they were not yet infected.

Crucially, the study found that the spread of the fungus from one patient to the next may well have come from health care providers carrying the germ on protective gowns or gloves, as well as on mobile computers and other equipment that had been insufficiently cleaned. This was, the C.D.C. and other experts said, a breakdown in so-called infection control, a practice that had come under intense scrutiny in 2019 after C. Auris took root in the East Coast and began to spread.”

The consequences of widespread resistant bacteria in nursing homes

Resistant bacteria thrive in long-term care facilities and nursing homes. A recent study found that up to 65% of patients in nursing homes have some form of drug-resistant infection.

From the NYT article:

““They are caldrons that are constantly seeding and reseeding hospitals with increasingly dangerous bacteria,” said Betsy McCaughey, a former lieutenant governor of New York who leads the nonprofit Committee to Reduce Infection Deaths. “You’ll never protect hospital patients until the nursing homes are forced to clean up.””

“The story is far bigger than one nursing home or one germ. Drug-resistant germs of all types thrive in such settings where severely ill and ventilated patients like Ms. Davila are prone to infection and often take multiple antibiotics, which can spur drug resistance. Resistant germs can then move from bed to bed, or from patient to family or staff, and then to hospitals and the public because of lax hygiene and poor staffing.”

The "horizontal transfer" of resistant genes between bacteria

Scientists have learned that bacteria can share their resistance, through a process called “horizontal gene transfer.”

From a study published in ELife, Science Daily wrote:

“Their results determined that many of the mobile elements found in the study were likely being shared among hospital bacteria. In one case, the team identified a plasmid -- a circular piece of DNA found in bacterial cells -- that encoded multidrug resistance and appeared to have been horizontally transferred between bacteria infecting two separate patients.”

“The coats(s) and, to some extent, the cortex in spores, the arabinogalactan and possibly other components of the mycobacterial cell wall and the outer membrane of Gram-negative bacteria limit the concentration of active biocide that can reach the target site(s) in these bacterial cells.

A special situation is found with bacteria present in biofilms, which can be considered as being an intrinsic resistance mechanism resulting from physiological (phenotypic) adaptation of cells.

Acquired resistance to biocides may arise by cellular mutation or by the acquisition of genetic elements. Plasmid/transposon-mediated resistance to inorganic and organic mercury compounds by hydrolases and reductases has been extensively studied.”

And now, back to visible-light disinfection.

Although the use of UV-C radiation, in both upper-room air and on surfaces (using the “robot” devices in unoccupied rooms) are important tools in the fight against disease transmission, the continuous disinfection of surfaces with blue-light wavelengths is gaining renewed interest.

With constant (or long dose) illumination, colonies of pathogens, including bacterial, spores, mold, and fungus, are reduced, eventually destroyed, and then continuously suppressed. All illuminated surfaces, including clothing, linens, instruments, devices, etc. are bathed in direct or reflected light especially engineered to kill pathogens - even the ones that have become resistant to antibiotics - and perhaps some disinfectants.

Blue-light disinfection therapy is even used now to directly treat infections in vivo, in wounds, surgical sites, and human tissue. Experiments are being conducted on craniotomy sites in mice to determine if 405nm light can disinfect open brain sites where antibiotics are ineffective.

As a last line of defense, the continuous illumination of precision, pathogen-reducing visible-light wavelengths has never been more important.

For example, the CleanWhite™ LED fixture emits sharp spikes of 405-nm and 470-nm wavelengths (which were added as ongoing studies showed enhanced efficacy for certain pathogens) - two specific, safe wavelengths known to energize an oxidative process, which is described in a study by Ramakrishnan et al in 2016.

“The mechanism of the bactericidal action, and the occurrence of mammalian cell toxicity beyond a threshold exposure level (Ramakrishnan et al., 2014), has not been fully elucidated, but it is thought to involve the photo-excitation of endogenous porphyrin molecules, a process which generates reactive oxygen species (ROS). ROS, including singlet oxygen (1O2), superoxide anion (O2•−), hydrogen peroxide (H2O2) and hydroxyl groups (•OH), are chemically reactive free radicals that play a crucial role in cell signaling and homeostasis, but overproduction becomes toxic to cells and alters redox balance causing significant damage to cell structures via oxidation of cellular macromolecules such as proteins, lipids, nucleic acids, NADH/NADPH and soluble thiols (Devasagayam et al., 2004). Since mammalian and bacterial cells contain intracellular porphyrins, during violet-blue light exposure, these porphyrins may become photosensitized leading to an overproduction of ROS (Kotelevets et al., 1988; Lavi et al., 2004; Lubart et al., 2011).

The 405 and 407 wavelengths have been shown to cause significant damage to bacterial and vegetative pathogens, as well as some known viral strains , such as norovirus, although few viral strains have been found susceptible to 405/470 damage, except when suspended within a bacterial biofilm or organic matter, upon which their damage is thought to be attributable to ROS-driven oxidative actions occurring within bacteria in biofilm or organic matter.

Thus, it is finally time for blue-light disinfection to become a mainstream part of the overall disinfection and infection prevention strategy.

New controls built into the lights (as an optional feature) can sense when rooms or spaces are unoccupied - and can dramatically increase the intensity of the disinfecting wavelengths to shorten kill times. Research has shown that even these higher intensity wavelengths are safe - they just emit light at a higher lumen level.

Blue-light disinfection is back. And more important than ever. 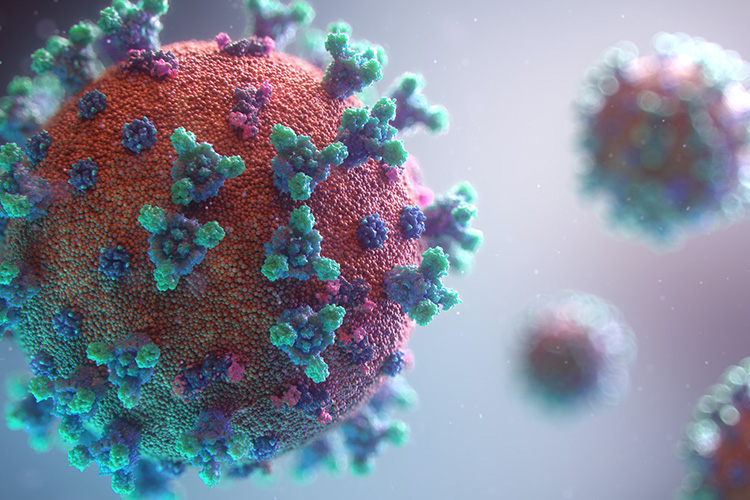